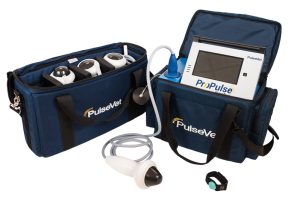 What is shock wave or ESWT?

ESWT, commonly known as “shock wave therapy” is a noninvasive, highenergy, pressure wave treatment, which is commonly used in human and veterinary medicine. It helps the body in relieving pain, speeding healing and improving the quality of healing. Shock wave is a much higher energy treatment and can penetrate to deeper areas than many other types of modalities. “Shock wave” is a physics term to describe a rapid increase in pressure, such as the energy from an explosion or thunder resulting from lightning. “Shock wave” does not refer to electrical shock. It is actually a high-energy SOUND wave treatment.

How does shock wave work? 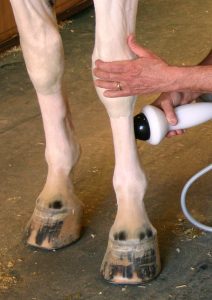 What is shock wave used for?

Shock wave has been proven effective and is considered the gold standard of treatment for a variety of conditions that result in pain and lameness, including:

Shock wave can help your horse return to work more quickly and may help to prevent recurrent injuries. 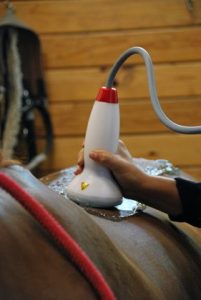 Can shock wave be used with other treatments?

Shock wave can be used on its own (as an alternative to surgery) or with other modalities.

Are there different types of shock wave?

Yes, there are a variety of technologies available, and the key differences directly correlate to safety and efficacy. In addition, there is a radial pressure wave technology which is often falsely referred to as a shock wave technology. PulseVet’s VersaTron electrohydraulic technology is considered the gold standard in equine medicine. It is also covered by most insurance companies. The technology has been documented in extensive human and horse research and validated in thousands of clinical studies. It is the only type that provides true focused energy and true shock waves at all energy settings which is critical to ensuring results. The versatility of the device and different penetration depths make it optimal for various indications.

Get In Touch With Us Today